These are the best of the best and the most valuable to players due to their excellent stats and easy kills. These weapons are very rarely dropped (Except for Grenade Launcher) and are always being fought for. Expect to see these being used and most wanted by the experienced players on the server.

AWP – A bolt action sniper rifle that is considered the best weapon due to it being able to kill special infected in one shot (Unless a hardbox has been opened) and deals about 1500-2500 damage to tanks. It is an open door to having the most points in a single round. This weapon is constantly being fought for and expect to be shat on if you loot if from a dead teammate’s corpse. However it is not very effective against witches so I suggest you stay away from them. Tip: for a faster fire rate, shove right after you fire. It is not recommended to have explosive ammo with this weapon because when trying to save a teammate pinned by a hunter or shooting near teammates that are down, you might accidentally kill them.

Grenade Launcher/M79 – It shoots grenades that blow the living crap out of everything; what do you expect? Rather than having just 1 round like normal Left 4 Dead 2 coop, you have 100 rounds without reload interruption. The rounds are incendiary so not only will you blow everything to smithereens but you will also set everything ablaze. This is a very big advantage when it comes to quickly clearing out sections of a map infested with common infected and special infected which die in about 1-2 shots depending on the blast radius. The grenade launcher is the best weapon against tanks as it can kill them in less than a minute if being fired at constantly due to it dealing about 2500-3500 damage. The grenade launcher can only be obtained by opening a grenadebox. Please be careful as the grenade launcher can cause plenty of accidents and you should avoid firing it near teammates or if you’re in the middle of the group. Be sure to warn others if you are going to use it. It is best to not have it out all the time so I recommend switching to your secondary weapon when there is no action. 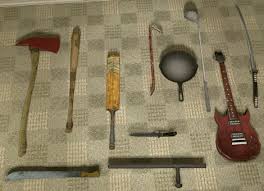 Melee Weapons – Having a melee weapon is one of the biggest advantages you can have because you can deal with both common infected and special infected easier. By easier I mean you can seriously kill specials in one hit with a melee. The challenge is that they might hit you first so be sure to time your hits. As for dealing with common, you know the drill. You can actually deal a lot of damage to tanks with melee weapons but only attack if you’re confident enough and risk dying. Melee weapons are also effective against witches as they can die in about 4-5 hits but like what I said about tanks, only do it if you’re confident enough.

The second to the best of the best weapons are listed here which the entire team usually has by the second or third chapters of a campaign. They also have great stats and expect them being most wanted as well. They’re not as rare as A class weapons but they drop at a fair rate.

Combat Shotgun/Spas – An automatic shotgun that is very effective against special infected and kills within no less than 3 shots. The Spas is the only weapon on the server that is able to successfully crown witches but then again take precaution and make sure there are no common infected or special infected to ruin it. The Spas does a great amount of damage to tanks but only at close and mid range. One big downside to the Spas is that it has a quite low ammo capacity and if you regularly use it on both special and common infected, you’ll end up dry before the end of the round. Always be sure you have your shots ready before you face off against a special infected because reloading in the middle of a fight can mean death.

Steyr Scout – What I call the younger sibling of the AWP. The Scout is another bolt action sniper rifle that deals a high amount of damage to special infected. Unlike it’s older sibling, the AWP, it does not kill in one shot. (Although at one point it did until a recent server update that nerfed it) it takes about 2-3 shots to kill a special infected. Much like the AWP is it great for taking out camping smokers in the distance due to it’s greater accuracy. The Scout does good damage to tanks at no matter what range and once again like the AWP, you can have a faster fire rate if you shove right after you fire it. The only downside is that it can only do so much in 15 rounds per clip. It is not recommended to have explosive ammo with this weapon because when trying to save a teammate pinned by a hunter or shooting near teammates that are down, you might accidentally kill them.

AK-47 – Everyone knows what an Ak is and it is respectfully one of the top weapons on this server. It is quite decent against special infected but takes a bit of time to kill due to its slow fire rate. Its accuracy is a big downside aside from the slow fire rate but tolerable among players. I highly recommend picking up laser sights on this weapon. Although it is also effective against tanks, it does not quite hold up to the Scout and Spas in terms of damage. Overall the Ak-47 is very decent but has its downsides like any other weapon.

Now we’re in average territory. These weapons are the most disliked from the VIP system since players prefer getting something higher from this list. Nothing is too special about these weapons but they’re tolerable due to them at least being able to kill special infected. These are more likely to drop than the classes above.

M60 – Looks are deceiving and the M60 is an example of that. Though it is not a bad weapon, it is just flawed. First off, it does a fair amount of damage to specials and is able to kill them, and does a fair amount of damage to tanks. What kills it is that it has limited ammunition which can only be refilled by picking up ammo boxes (Incendiary & Explosive) which is a pain due to other players always taking them before you do. Be sure to inform other players if you need ammo if you do plan on sticking with this weapon.

SG552 – Nothing says average more than this weapon. Its strength is not as good as the Ak or M60 but it is enough to take care of special infected. Do not expect to give the most damage to tanks with this weapon because it is like I said before, average. Two big flaws about the SG552 are that the reload time is a bit longer than any other assault rifle even though its vanilla animations show the clip going back in sooner and its accuracy is awful unless you stay completely still. However it has a zoom function which makes up for the accuracy problem but at the cost of its fire rate.

Do not expect to do much from here on because these are only useful for assisting teammates with better weapons and taking out common infected. These are most likely to drop than any other class on the list.

Sniper Rifles/M14 & G3 – Both of these snipers seem to deal the same amount of damage but the Military Sniper is preferred due to its larger 30 rounds per clip. There is not much good about these except for taking out common infected and occasionally smokers by luck. 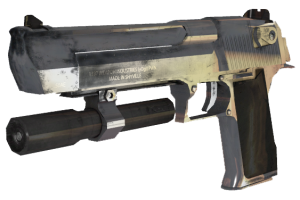 Magnum Pistol/Desert Eagle – An essential upgrade to your pistol because with this, you are able to defend yourself against common infected in single shots.

Autoshotgun/Tactical Shotgun/Benelli M4 – The polar opposite of the Spas. This automatic shotgun is another example of why looks are deceiving. It may seem like it can do work, but in reality it can’t. Only decent use for it is to plow through common infected easier. Just be careful because its bad accuracy can lead to accidental tk.

Chainsaw – You’re probably wondering why the hell is the chainsaw down here? Well the truth is it is actually not that great unless you want to cause accidental Texas Chainsaw Massacre moments to your teammates. You are never truly free to rip through zombies without accidentally downing a teammate. Unless you are smart and extra careful then go ahead and use it. I have to mention that it is useful against wandering witches but I can’t say the same for the sitting ones since they can immediately get up and kill you before you kill them. Oh and it runs out gas quick too which sucks.

Assault Rifles/M16 & Scar – The two of some of the most well-known weapons in Left 4 Dead 2 are pretty low on the list because they literally feel like airsoft guns. These don’t seem to be able to kill anything without a lot of luck. Once again like the ones above, they’re mostly good for dealing with packs of common infected.

Don’t even bother trying to kill anything with these unless there are less than like 6 players online. Why? Because everything has less hp when there are less players. 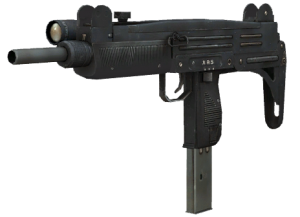 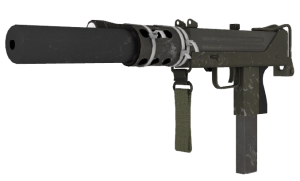 SMGs/Silenced Mac 10, Uzi, & MP5 – Automatic but barely effective against anything — even common infected. You might as well be using Nerf guns. The MP5 is the worst out of the three due to its longer reload time.

Shotguns/Chrome & Pump – Okay get this, they’re shotguns, but they sometimes need to fired twice to kill a single common. When a shotgun can’t even kill zombies that quick, you know you’re screwed. 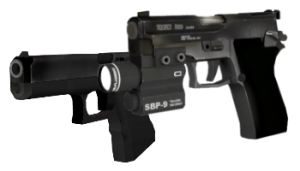 Pistols – The very bottom of the shit barrel is the weapon you start with. Due to the common infected being harder to kill and special infected having beyond far more hp than the damage pistols give, you are not going to survive with only pistols because you might as well be fighting a dragon with a pencil — that’s been sharpened to the eraser.

Are you sure you want to delete clan?